A Guide to Eating Out in Havana

Before visiting Cuba, I had come across many travellers who spoke unfavourably about Cuban food. A lot of them complained about bland dishes and a lack of variety on menus, and said they loved everything about Havana except the city’s food scene (or lack thereof).

Since I suffer from IBS, I was a bit worried about eating out in Havana. However, I was not willing to have lunch and dinner at our hotel every single day, either. While we did enjoy a couple of lovely meals at the NH Capri, my husband and I wanted to try a different cafe every day. Moreover, I wanted to find out whether the stories about Cuban food were true.

After spending a week at an all-inclusive resort in Varadero, where we dined like kings every day, Douglas and I were not sure what to expect in Havana. Thanks to my Havana guidebook, we discovered some new cafes close to our hotel, as well as some lovely places in old Havana. On our third day in the city, I started to wonder why people often complain about the food in Cuba.

We spent a week in Havana, which means we had enough time to immerse ourselves in the local cuisine. In this Havana food guide, I share a list of must-try street food, local dishes and refreshing drinks, plus some things you need to know about eating out in the city.

You can find two types of restaurants in Cuba: state-owned and private (known as paladares). The country’s economic reform in the last few years has led to a wave of private restaurants and Havana is now home to several paladares with their own unique character. Paladares tend to be superior to state-run restaurants in terms of food quality and service.

Normally, private restaurants are quite small compared to state-run ones due to the seating restrictions imposed by the government. Thus, most of the small restaurants in Havana are privately-owned. All of the places mentioned in this blog post are paladares.

Make sure you always carry coins and small notes where you go in Cuba: you’ll be tipping almost everyone; from musicians to the toilet attendant. The standard tip at restaurants is 10% of your bill. However, many places add a 10% service charge to the bill, so in that case you should not feel obliged to tip.

Street food vendors can be found in many tourist hotspots, including Plaza Vieja and the Capitolio. Always carry some change and small notes (you’ll be paying between 1-2 CUC for most street food).

These are pork cracklings sold in paper cones.

Don’t worry, they’re not ladybirds. In Cuba, mariquitas is also a term used for one of the country’s favourite snacks: fried plantain. They’re like potato chips, but tastier! In some cafes, fried plantain is served as an appetiser or as a side dish instead of chips.

These freshly roasted peanuts are perfect to snack on while exploring the streets of Havana. They are served in a big paper cone, so you can ave some of them for later.

Douglas and I loved this snack! Chiviricos are fried dough with sugar, lots of sugar. They’re super crunchy and delicious.

While most dishes are served with moros y cristianos, there’s more to Cuban food than rice and beans.

This traditional Latin American dish consists of a mixture of ground corn and dough which is steamed in a cornhusk. Sometimes meat is added to the filling. I had some delicious pork tamales at Restaurante Tabarish, a bar & restaurant in old Havana that combines Cuban cuisine with Russian dishes.

Roast pork (cerdo asado) is a popular Cuban dish which you can find at many restaurants in Havana. It is often cooked on a spit and served with rice and black beans.

Ropa Vieja means old clothes, but it is also the name of a popular Cuban dish. There are several myths about the dish’s name and origin. According to one story, a poor man who had nothing to feed his family shredded his old clothes and cooked them with vegetables. While praying over the pot, the clothes turned into a meat stew. Ropa vieja is pulled stewed beef with vegetables. Douglas and I enjoyed some lovely ropa vieja at Esto No Es Un Cafe, where the meat was served with yucca root.

Here’s a list of Havana restaurants and cafes that we loved!

If you’re planning to do a lot of walking in Havana, you’re going to need to make frequent stops at cafes for a cold drink. It can get very hot in the city, even during the winter. Besides serving popular cocktails like mojitos or piña coladas, a lot of cafes in Havana are also known for their delicious non-alcoholic drinks.

You can find this refreshing drink everywhere. It’s basically homemade lemonade with crushed ice. El Dandy in old Havana and California Cafe and Cafe Mamaine in Vedado make wonderful limonada frappé. I also loved the homemade lemonade at 304 O’Reilly in old Havana, where the drink was topped with a selection of tropical fruits.

Another refreshing drink is fresh pineapple juice blended with mint leaves. I highly recommend trying it at Cafe Bohemia in Plaza Vieja.

If you want to stock up on vitamins while enjoying a refreshing drink, many places serve a variety of juices and smoothies made with Cuba’s popular fruits, including mango, frutabomba (or papaya) and guava.

This book was my second most loyal travel companion on my trip to Cuba (the first one being my husband). Instead of getting a guidebook by popular publishers, I decided to go for something a bit different. And I’m so glad I did.

Thanks to The 500 Hidden Secrets of Havana, my husband and I discovered the best ropa vieja and limonada frappe in Havana, as well as some of the city’s lesser-known sites. The book is neatly divided into different sections, such as the best places for coffee, interesting markets and bookshops, best places for live music & many other hidden secrets.

This post contains affiliate links. This means that I may receive a commission on any purchases made through the links in the post at no extra cost to you.

15 Amazing Things to Do in Havana

Explore Havana beyond classic car rides. Check out my top suggestions for things to do in Havana .

Looking for the best casas particulares in Cuba? Check out these recommendations by travel bloggers, such as pretty houses in Havana and rural Cuba. 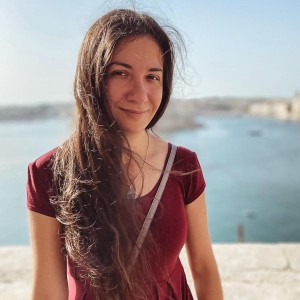 I can't exactly soak up those autumn vibes right n

I've spent three years in Edinburgh, and yet I kee

This is the Elephant House, possibly the most popu

Spent a wonderful day exploring the city I called